I’ve been very happy to find this great table generator for LaTex : http://www.tablesgenerator.com/#.

This Spring term, we will inaugurate a regular microeconomics brownbag seminar series for graduate students and faculty members at Vanderbilt to present ongoing research with connections to microeconomic theory.

The first session will take place on Tuesday, February 23, in Room 413B on the 4th floor of Calhoun Hall, from 12-1pm. Professor Yevgeniy Vorobeychik from the Computer Science and Computer Engineering department will talk about “Computational Game Theory, and Its Role in Security, Privacy, and Healthcare”.

A light lunch will be served starting at 11.45 am.

For more information about this seminar series, see https://vumicrobrownbag.wordpress.com/ or contact me at  martin.van.der.linden@vanderbilt.edu.

In a recent post on the blog, we presented Martin Ravallion‘s discussion of absolute and relative poverty.  In a nutshell, an absolute poverty measurement counts an individual as poor if her consumption lies below some level of deprivation associated with what is viewed as “basic needs”.  On the other hand, relative poverty measurements consider that an individual is poor if she is sufficiently disadvantaged as compared with other individuals in her country or region.

There exists a vivid debate between advocates of absolute and relative conceptions of poverty. Which notion of poverty should prevail — if any — is still an open question among researchers. Now, choosing between absolute and relative poverty notably involves value judgments about what a decent life is, and scholar should certainly not monopolize the debate. At the political level, this choice requires a healthy democratic debate. As any decision process requiring a public deliberation…

Zotero offers free database synchronization across devices, but if you want to synchronize more than 300Mb of attached files through Zotero’s official storage service, you will have to subscribe to a paid plans.

For not searching enough in Zotero’s documentation, I initially thought Zotero’s official storage service was the only way to go. For a while, I had been using a hand-made  iffy solution relying on a dropbox-like synchronization of my “Literature” folder, in order to have my attached files synchronized without paying. I discovered the hard way that this “solution” was not without problems (see https://forums.zotero.org/discussion/56023?page=1#Item_4).

Then, as I was working out the problems with my hand-made solution, I rediscovered that Zotero’s folks are really all you can expect from open-source developers. Among other things — and  unlike folks at Mendeley, they do not want to trap you into using their own storage service. This means you can safely use a free third party storage to synchronize your attached files. Just follow the procedure described  on https://www.zotero.org/support/sync, under the title WebDAV.

Zotero even maintains a list of third party storage providers which are known to work fine with Zotero : https://www.zotero.org/support/kb/webdav_services.

I personally chose 4shared and have been happy with it so far (4shared’s connection to Zotero used to be a little hard to set up — see http://www.steletch.org/spip.php?article83, but this problem was solved in later versions of Zotero).

Highlight from 2015: Evan Elmore and Martin Van der Linden were the 2015 recipients of the Kirk Dornbush Research…

Check out my new Github repository at https://github.com/vanderlindenma/school_choice_python.

It contains code to compute school choice assignments via Deferred and Immediate acceptance, and explanations on how to apply the code to different school choice settings.

The code is based on former code by Jeremy Kun, stable-marriage, (2014), GitHub repository, https://github.com/j2kun/stable-marriages, described in one of Jeremy’s blog posts at http://jeremykun.com/2014/04/02/stable-marriages-and-designing-markets/.

I hope to expand on the code and add more functionalities soon.

In this post I’ll describe a hack to circumvent this limitation. It is kind of ugly but it works for me, and it’s the only way I have found to have lists as treatment variables.

The idea is to first convert your treatment variable into a string
and then convert the string back to its intended format.

To do so, you can use the ast package.
For instance, if your treatment variable consists in choosing between the
two lists [1,2,3] and [3,1,2] at the level of the group, you
would first define a treatment field on the Group model:

Then inside the before_subsession_starts method, you would turn the
chosen list into a string and assign it to treatment (because
treatment is a CharField, it can only be assigned strings)

Assuming [1,2,3] was picked, group.treatment is now a string of the
form '[1,2,3]'. Thus, you will need to define a method that will
convert the string group.treatment back to a list whenever
you need it. To do so, first import the package ast:

Then define the following method inside the Group model:

You can now use your treatment variable as a list by calling
convert_to_list. For instance, if you want to use your list
in the Decide page, you could call convert_to_list inside
the vars_for_template method inside view.py:

This will make group.treatment available as a list in the
corresponding template.

Just learned the hard way about some basics of python’s memory management. For people coming from R or other languages, it might be confusing to realize that if you define

and then modify x, for instance through

the change in x will propagate to y. This means that if you query the value of y, you will in fact get

This also means that the sequence

Is very much different from

For more on this and how to “really” define a new list with some life of its own in the memory, but with the same value as x, see http://henry.precheur.org/python/copy_list.

I recently started playing with oTree (“a Django-based framework for implementing multiplayer decision strategy games.”) in order to code a school choice experiment. This lead me to dig deeper into Python.

One of the issue I got stuck on is probably the most basic issue of all : how to structure the folder and subfolders containing my Python code?

I was not looking for anything fancy here. The code for oTree experiment is mostly located in a file called  model.py and all I wanted was a way to

As basic as this problem may seem, the solution is not obvious (at least to me). Googeling  this kind of issues yields a ton of different solutions, and it’s easy to get lost.

The most understandable and functional solution I have found so far is : http://mikegrouchy.com/blog/2012/05/be-pythonic-__init__py.html

If we are to believe the title, this should also be a “Pythonic” solution, which means it should — hopefully — put you at peace with Python aesthetes (from what I understand, “Pythonic” means something like “in the spirit of Python” or “following the coding strandards which are considered good practice by Python’s community”, whatever that may mean).

Two warnings about the solution in the above links: 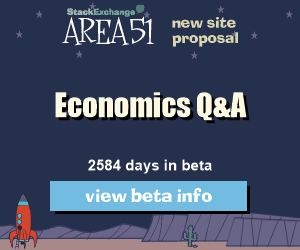